These hearts were woven of human joys and cares,

The years had given them kindness. Dawn was theirs,

And sunset, and the colours of the earth.

These had seen movement, and heard music; known

Touched flowers and furs and cheeks. All this is ended.

'The Dead' by Rupert Brooke

Stillington lost nine men, and their names are carved into a wooden plaque next to the altar in St Nicholas' Church.

Born 18/7/1917 Norwich. Parents Hanson Edward, who ran a garage in Norwich, and Beatrice, who taught at Stillington Primary School.

Enlisted 1936, had previously been a motor mechanic.

Was based in Singapore after 1938. Prisoner of War in Japanese internment camps from 1942.

Died 24/6/1944 whilst being transported by sea from Java to Japan when the ship he was travelling on was torpedoed by an American submarine and was sunk with a loss of over 300 lives.

Commemorated on The Singapore Memorial.

He emigrated to Burma in 1928. He worked as an executive engineer in the Public Works Department in Shan State, in Northern Burma (now Myanmar).

When Japanese forces invaded Burma in December 1941 Geoff didn't join the evacuation but joined an offensive to delay the invading army. He helped destroy many of the roads and bridges he had built giving civilians, his own family among them, time to escape into India.

After some weeks dodging Japanese forces Geoff was reunited with his wife, Freda, and two young children Michael and Peter, in North West India.

Sadly, exhausted and beset with illness, he died of cerebral malaria at Tollygunge, in Bengal, on 16/6/1942 being buried there the next day.

A nephew of Sergeant Fred Burks who was killed in action during WW1.

Before his enlistment on 20/8/1939, into The West Yorkshire Regiment (Prince of Wales' Own), he was a telephone engineer.

Wounded whilst fighting in Abyssinia (Ethiopia) during March 1941 whilst a Lance Corporal with the 2nd Battalion of The West Yorks.

Also served in Palestine, Tunisia, Egypt and finally Sicily where he was killed in action 17/7/1943.

'Mr and Mrs T. Horner of Stillington, near Easingwold, have received news of the death in India of their youngest son, Corporal John Horner.' 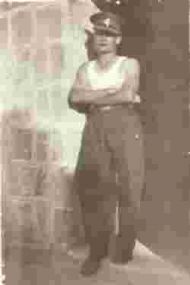 Les was an extremely talented musician. He played in the family band which was well known in the district.

Before enlistment  on 4/6/1940 worked in the family shop on Main Street.

Killed in action, during Battle of Crete, 23/5/1941 aged 20 when HMS Kashmir was attacked by German Stuka Bombers just off the coast of Crete. After being hit several times she sank in two minutes with great loss of life. 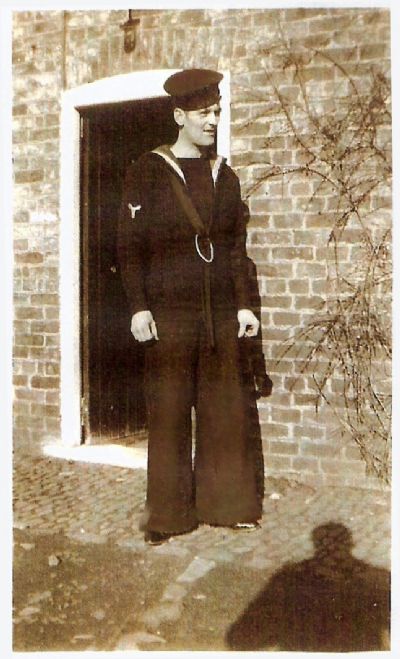 Les' family took a very active part in village life and were famous in the district as bell ringers, as a result a bell (the treble) from Stillington Church was recast in his honour.

Born 14/11/1913 at Farlington. Parents Charles, a Farmworker, and Amelia, who lived on Carr Lane, Stillington.

Born 20/9/1921. Only child of Herbert John, a farm horseman, and Emily.  Herbert was an joiner before his enlistment.

Served on 29 operations over Germany and Czechoslovakia. Based at Melbourne, flying Halifax II for bomber command.

Killed in action 3/11/1943 during a bombing mission to Dusseldorf when his plane crashed. Three other members of his crew survived and were captured.

Enlisted 16/10/1939 whilst living and working with his uncle Frank Phillips, who lived on West Lane, Stillington. They were employed as public works contractors. 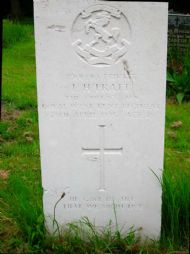 Worked as a Potato Merchant before enlistment on 31/7/1939. Served in operations over France, Germany and Norway.

Commemorated on the Runnymede Airforce Memorial.